A root cellar is quite a cool idea as they are nature’s refrigerators. Basically, they are holes that were dug into the ground and used the whole year to keep vegetables and dry goods. It is a dry and cool place that does not freeze during the winter season or get too humid during the summer season. When people found out that they could increase the shelf life of food by storing it underground, society was transformed.

Unexpectedly, people had the ability to preserve fruits, vegetables, grains, and nuts for longer periods. At the present time, immediate food consumption is no longer needed. We can now stock and preserve harvests from our farms in root cellars to prepare for the winter season. But don’t refrigerators do that for us now? Yes, but the difference is that refrigerators depend on electricity while root cellars do not. This means that refrigerators are very convenient to use until you lose power.

Since the world has been changing in recent years and there have been issues with the climate, natural calamities are quite inevitable these days. This means that in an instant, we may lose electricity for a long time. When this happens, we will not be able to rely on the refrigerators that we have at home to keep our food fresh. With this, it is also a good idea to have a root cellar or an underground fridge.

Today, many technologies for food preservation are being presented. One of those is the Groundfridge. It is invented by a Dutch designer, making the root cellar idea more modern. It is a pre-fab structure that is made to fit in a Hobbit hole. Like root cellars, it stores food items at a constant, cool temperature the whole year.

Having an underground fridge is indeed a good idea, whether you want to be prepared for calamities that may occur or if you simply want to reduce your electricity bill or live off-grid. However, the question is, how much do you think it cost to make one? If you have the same question in mind, read on as we’re giving you more information about the cost of creating an underground fridge.

How Does Underground Food Storage Work? 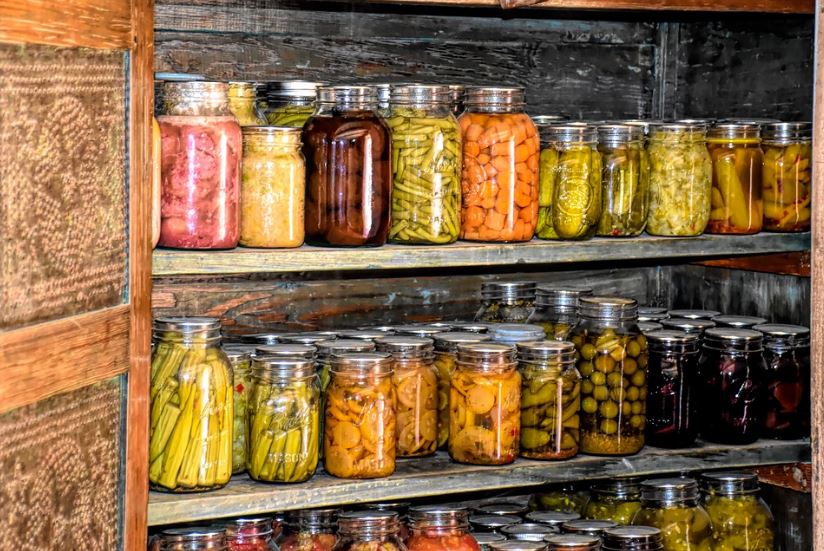 These stable, cool temperatures are taken advantage of by root cellars or underground fridges. Temperature control is very important when it comes to prolonging the shelf life of foods. A root cellar is nature’s refrigerator as it works without using any chemical refrigerants or electricity.

Depending on how much time and money you are willing to spare, there are two main types of DIY root cellars or underground refrigerators that you can choose from. One is small, and the other one is large. Small ones mostly consist of buried containers, while large ones usually have a separate building.

Cost: $0 to a few dollars, depending on the materials you have on hand.

This type of DIY root cellar is quite similar to burying a survival supply. However, instead of storing gear and equipment, you are focused on storing food items. Keep in mind that anything stored underground at a depth of several feet will stay cool consistently, between 50 to 55 degrees Fahrenheit. The best containers to be used for this are those that are not vulnerable to degradation and water damage. The best options are plastic drums and metal garbage cans.

You also need to make sure that the container is made of strong materials to prevent collapse. Ensure that the container will not degrade when it comes in contact with moisture for long periods. This is the most straightforward method of creating an underground fridge. It is also the easiest, especially if you are on a tight budget. The materials are easy to find. In fact, it can cost zero if you have all the materials at home.

The downside of this, though, is that it is not easy to expand, and digging them back up regularly to check on your food and rotate them is quite a hassle. Therefore, if you want a single large root cellar, you need a bigger walk-in backyard root cellar.

Cost: $400 and above, depending on the size of the cellar that you want to build.

If you are willing to spend a little more time and money, then a walk-in-style root cellar can be a good option for you. It is a project that can support you during a large-scale disaster. It’s because having a couple of barrels filled with food buried on the ground is good, but having a large underground room full of survival food is even better.

There are actually no absolutes when it comes to designing and building a root cellar. You can come up with your own style, size, and construction techniques. You can make a hobbit hole root cellar if you are feeling artsy, as it can also be a decorative area in your backyard. Or, if you have an unheated basement with lots of space, you can also create an indoor root cellar there. This can be the most convenient option as you no longer have to go out to get your produce.

If you do not have lots of time to spare for building a root cellar, why not just buy one? As we’ve mentioned earlier, there’s this invention called the Groundfridge, which was made by Dutch designer Floris Schoonderbeek. According to him, he came up with the idea when he noticed an uptick in communal and urban farming. Since most refrigerators are used for storing food on an as-needed basis and not for storing the bounty from the garden, he wanted to make something that would match the trend toward local, sustainable, self-raised food.

The Groundfridge is similar to a traditional root cellar where the temperature stays between 50 to 54 degrees Fahrenheit all year. But unlike a traditional root cellar, this one is pre-fabricated, and it comes with stairs and shelves. The only thing you need to do is find the right spot and dig a big hole. With it, you also don’t have to think about power, digging into a hill, or drainage. It is also watertight and has the right amount of air circulation to keep the temperature stable.

However, even though the Groundfridge does not need electricity, it can cost almost $10,000. Plus, you will have to find a place to bury it and something to dig the hole. It has a spherical structure that is about 6 and a half feet wide and looks like a large closet. It is enough to store 20 refrigerators worth of food or lots of wine.

The cost of creating an underground fridge can vary depending on your personal needs and the type that you wish to make. But no matter which type you choose, all of them can help you in preserving food items that you can use in case of emergency, during the cold winter season, or if you want to try living off the grid. It is also one way to support sustainable living, particularly if you are into gardening and growing your own produce instead of buying them in the market and grocery stores. We hope this post helped you learn more about the cost of creating an underground fridge.